It’s a scorching hot summer. Maciej Kornet and his beloved 17yo daughter Wiktoria set out on a journey across Poland. These two are inseparable. They have been training tennis together for years. Their route is marked out by tennis tournaments.
Wiktoria is an apple of her father’s eye and his great pride, he dreams of a huge tennis career for her. She also thinks the world of him. But after one of the tournaments, a young, promising trainee Igor joins the team on their way - Maciej takes him under his wing. All three embark on a long journey in a rickety van. Each of them will be eager to achieve their own goal. 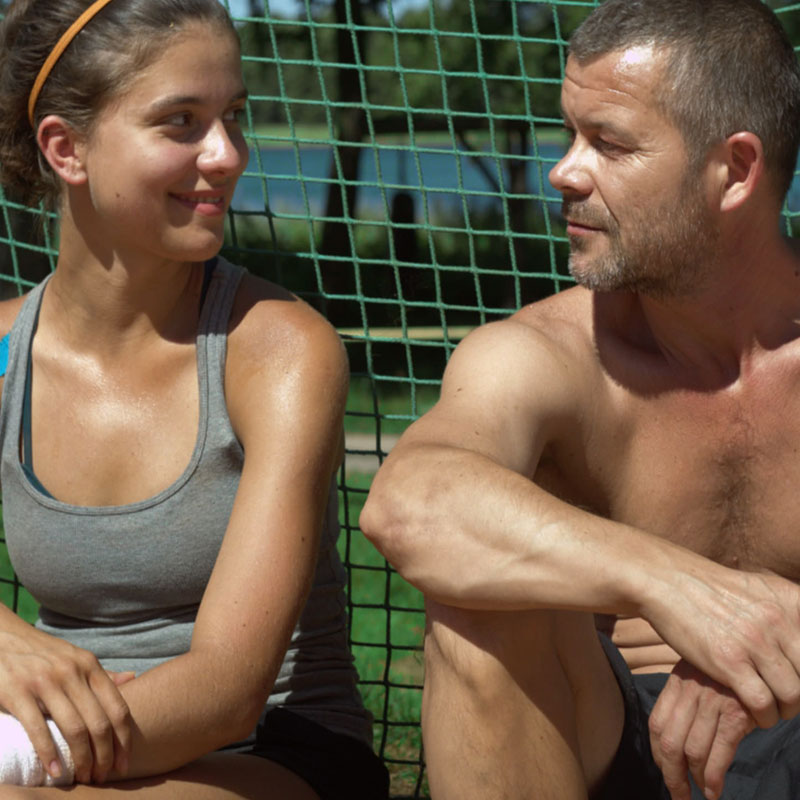